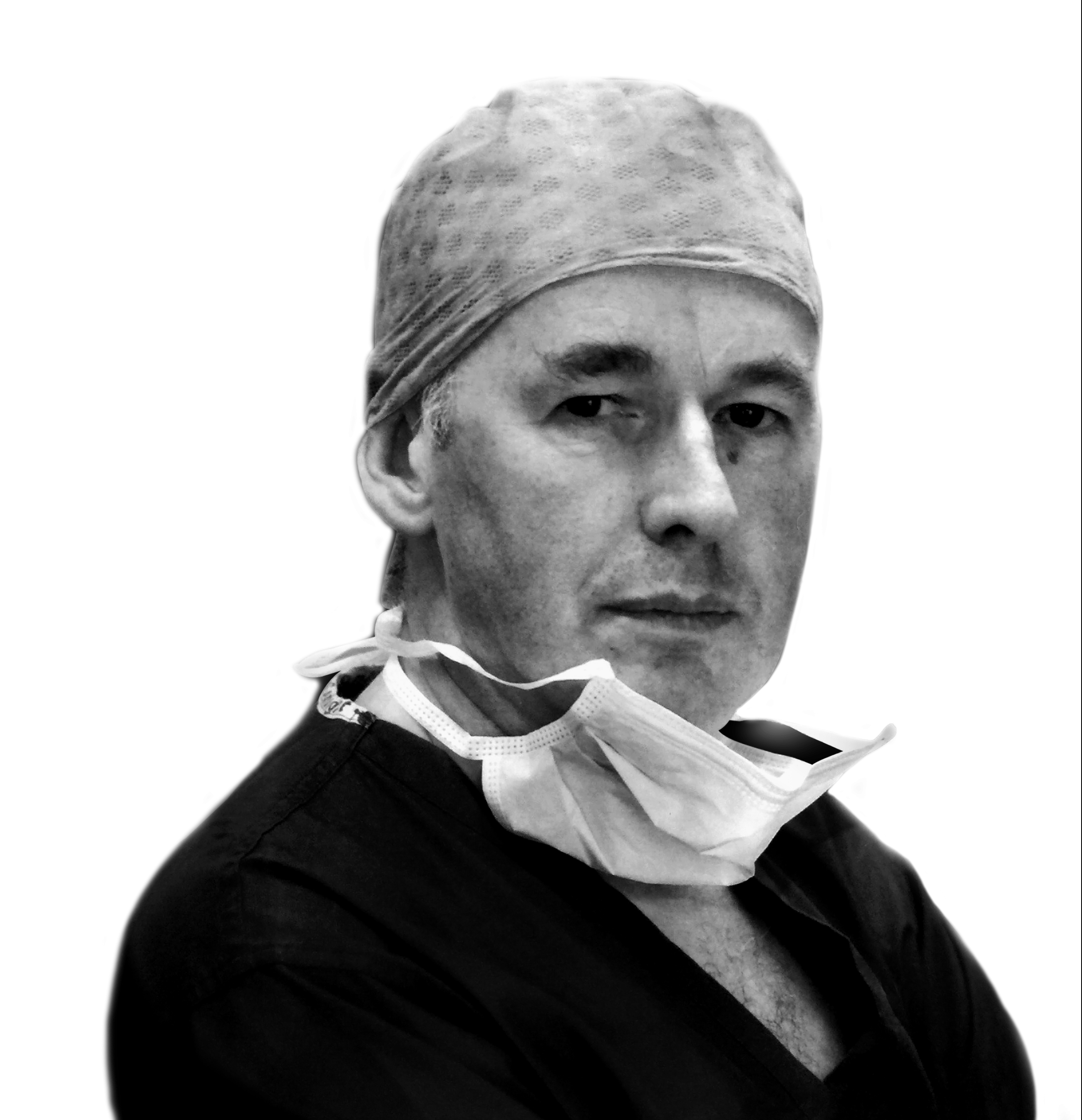 When did you first provide advice as a medical expert?

My first experience of medico-legal work was in 1989 when I was asked by now Lord Daniel Brennan QC, acting for the Claimant, to offer a second opinion on a case where a Vascular Surgeon with an International reputation was accused of undertaking a ‘research procedure’ without seeking informed consent. The original advice received from a well-known expert in Vascular Surgery was that the Claimant had suffered a serious injury, with a marked deterioration in venous function, as a consequence of ligating an incompetent deep vein (an unusual thing to do!). I advised that, at that time it was not unusual for academic surgeons to carry out new and/or unusual procedures in a bid to push back the frontiers of medicine. As I walked down Middle Temple Lane with the claimant’s previous well-known vascular expert after council’s conference, I was told that my role was to get this case to Court and then to do my best to support the Claimant once there. Perplexed, I telephoned my instructing solicitor to find out if I had misunderstood her instruction. I was greatly relieved to be told that instructing solicitors required independent medical advice whether or not the case had merit. I was sufficiently encouraged to start medicolegal work and subsequently built a substantial and intellectually rewarding medico-legal practice.

What have been the principal changes in the range of advice that you been asked to give in the 30 years since then?

During the first 10 years of working as a medico-legal expert, I received large numbers of personal injury instructions; often involving injuries that were complicated by deep vein thrombosis (DVT) and/ or pulmonary embolism (PE). With experience, I was increasingly asked to consider clinical negligence. It quickly became clear that I could not expect vascular surgeons in peripheral hospitals to have the same level of experience expected in specialist University Hospital units treating rare, complex or unusual vascular problems. However, any competent clinician should be able to recognise when they are out of their depth and need to refer a patient to a Specialist Centre in order to avoid disabling complications.

As my medicolegal practice increased, I made the difficult decision that I should discontinue personal injury work so that I could still focus on my academic role as Professor of Surgery. I appointed Richard Williams-Lees initially to establish Cardiovascular Advisors Ltd (CVA) with experts in cardiology, stroke medicine, vascular surgery, haematology, thrombosis, amputation rehabilitation and diabetes. This specialist advice on all areas of cardiovascular medicine was popular with most of the big law firms focusing on medico-legal work. CVA Ltd was such a success that 18 months ago we set up an entirely new medico-legal advisory service: McCollum Consultants Ltd, chambers of experts www.mccollumconsultants.com so that we could attract the very best specialists in medicine and surgery to advise on the whole range of medical specialties. The first specialist divisions were in Gastroenterology and General Surgery and in Trauma and Orthopaedics. We have now added specialist divisions in Women’s Health, Obstetrics and Neonatologist, Plastic Reconstructive and Cosmetic Surgery, Cancer and Oncology and Pulmonary Medicine and Thoracic Surgery. I am extremely proud of the superb team that Richard Williams-Lees has recruited and of all the experts that give specialist advice in a format has achieved widespread acclaim from instructing solicitors, barristers, QCs and the Courts.

From your experience, what are the most frequent types of clinical negligence claims?

Overall, 21% of my clinical negligence practice relates to the failure to prevent, diagnose or promptly treat DVT or PE. Many young adults die unnecessarily of PE, or suffer debilitating life-long symptoms due to irreparable damage to leg veins. Clinical assessment alone is unreliable and the consequences of delayed diagnosis are serious for patients and their families.

The next most frequent negligence claims in my practice (18 %) are failures to diagnose arterial disease or thrombosis in limb arteries resulting in amputation and significant disability. Unfortunately, and often tragically, symptoms that would be diagnosed as peripheral artery disease or thrombosis in the elderly are often missed in younger adults. GPs, who receive brilliant training in the UK, simply forget to attribute calf or foot pain in young adults to artery disease. Common errors are that GPs or trainee doctors feel pulses that are not there or mistake the cause of a red foot as infection or gout. In the ‘sunset foot’ (indicating appearance and prognosis) the microcirculation has dilated and filled with blood to try to compensate for blocked arteries in the legs, giving the forefoot a red appearance. Our medical schools should teach students to measure ankle arterial pressure using inexpensive Doppler ultrasound rather than feeling foot pulses and to elevate the red foot (it will turn white if ischaemic).

Regrettably, as our NHS has become increasingly bureaucratic with a huge expansion in the number of consultants, I am seeing more claims relating to breach of duty over delays in the diagnosis of critical limb ischaemia (CLI) in hospital. Some of these delays are even in Specialist Vascular Units, particularly those where a different consultant is on each day. We also see claimants suffering stroke as a result of a missed opportunity to treat carotid artery disease. An increasing number of patients with abdominal aortic aneurysm (AAA) rupture and die having been lost in the system even after the diagnosis of a small aneurysm has been made. I have sympathy for General Practitioners (GPs) who end up having to settle claims when they relied on poor advice from either an Accident and Emergency (A&E) Department or even a specialist service. There is also an increase in the number of claims that simply cannot be justified and should obviously be resisted by the NHS.

What are the major changes that you have seen in clinical negligence claims and what changes do you expect to see in the future?

The developing bureaucracy of treatment protocols, guidelines and serious untoward incident reports has aggravated the explosion in clinical negligence claims over the last decade. I also think that the scandal surrounding the Mid Staffordshire NHS Foundation Trust (The Francis Report, 2013) was fundamental to changing patients and their families’ attitudes to clinical errors they previously accepted as mistakes. Any breach in a guideline may now be the subject of claim, with many claims based on the serious untoward incident reports prepared by nurses at the defending hospital. Nursing experts in particular treat the Nursing and Midwifery Guidelines as minimum standards of care when the reality is that these are standards of excellence. As an example, a nursing expert is unlikely to accept that a patient at high risk of developing a pressure sore developed such as sore as a consequence of this increased risk rather than negligent care.

Regrettably, the advances in care promoted by the National Institute of Clinical Excellence (NICE) are becoming a “rule book”. Fifteen years ago, it was unusual for diabetic patients to claim breach of duty when they suffered amputation of a toe, foot or even leg. As NICE guidelines state that any new ulcer requires immediate referral to a multidisciplinary diabetic foot clinic, there are now multiple claims based on breaching these guidelines. There is little recognition that poorly controlled Type I diabetes, particularly in heavy smoking patients, carries a high risk of major limb amputation in the third and fourth decades of life. The experience of vascular surgeons is that referral to a vascular unit indicates vascular problems and a deteriorating prognosis. Diabetic specialists have a more optimistic view on prognosis for diabetic foot ulceration based on their practice in patients without diabetic vascular problems. Forefoot or major limb amputation is the most rapidly growing sector in my clinical negligence practice: It represented 14% of my last 100 clinical negligence cases and may well rise to 20% in the next decade.

I have also become aware that there are a small number of NHS and Independent Sector hospitals in the UK which account for a disproportionate number of instructions that we receive. There are possibly a number of cultural and organisational reasons why certain hospitals underperform and become the defendants in massively more claims than other hospitals. I suspect that NHS Resolution of the Department of Health should look at this more closely to try and identify what it is about these hospitals that resulted in repeated and often successful claims made against them. I have not analysed this, but I would not be surprised if 10-15% of my medicolegal work was addressing claims against only 3-4 of the many hospitals in the UK.

You said that DVT and PE are the most common conditions leading to litigation in the UK, is this also changing?

In the past, the vast majority of my personal injury instructions as a vascular expert have related to DVT or PE caused by injury in the workplace or in road traffic accidents. However, in recent years I have received a number of instructions where employees have suffered DVT or PE as a consequence of frequent or long-haul flights during the course of their employment. There has been a consistent increase in the number of clinical negligence claims caused by failures to prevent DVT or PE. This almost certainly follows the several excellent NICE guidelines published in the last 15 years on the prevention and treatment of venous thromboembolism (VTE which encompasses both DVT and PE). Orthopaedic surgeons in particular resist the need to prescribe prophylactic anticoagulants to prevent DVT and PE even though PE is the single most frequent cause of death in young adults undergoing surgery.

Although I think lifelong disabilities associated with DVT and avoidable death in young adults suffering PE may still marginally lead to more instructions than any other condition, failures of diagnosis or delays in the treatment of severe limb ischaemia is now far more common than previously. I think this is due to the increasing bureaucracy in our NHS and to the huge increase in the number of consultants such that each consultant has less experience than previously. Again, I have experienced a disproportionate number of these claims from a small number of specialist units even though these may be in teaching hospital vascular centres that have excellent reputations. I do not think NHS Resolution, the Department of Health or NHS England use the data available to them from NHS Resolution to identify and improve underperforming hospitals and specialist services.

I have come to realise that although I ask all our experts to protect our NHS from unwarranted litigation, it is becoming increasingly clear that litigation identifies problems in our NHS that need to be addressed. If the NHS use this information more effectively, standards of clinical care would undoubtably improve.